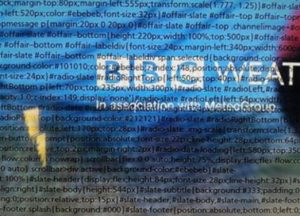 After installation some html and css code appeared but at BBC Freeview channels only. We thought about a setup issue, bad signal or mabye bad firmware. Nothing brought a solution. The customer returned the device. We found no issue here as it worked fine with the german channels we could receive. After some research we found a hint that Panasonic had an issue with BBC Freeview code in 2018. But only with TVs and there has been a firmware update for all devices.
But as our recorded with decoder function is for germany, austria and swiss only….should this be the issue?

Finally another customer found the solution. The issue is caused by so called HbbTV = Hybrid Broadcast Broadband TV which BBC uses.
As soon as you deactivate HbbTV the device runs fine.

To turn off HbbTV:

This site uses Akismet to reduce spam. Learn how your comment data is processed.